The Canadian Professional Football Officials Association was established after many years of informal meetings and discussions between members of the officiating staff of the Canadian Football League and their employers addressing many aspects of jobs being done by the officials.

Like many similar organizations, the CPFOA grew from a strong desire on the part of senior members to achieve improved working relations with their employers. While no members of the CPFOA are employed full time in undertaking their duties as CFL Officials, a significant commitment of time and energy is made by anyone who has been hired by the League preparing for, traveling to and completing their assignments as officials at CFL games. During the 1990’s it appeared to many who were working as on-field officials that few others within the League truly understood what they were doing and just how much they desired the League to provide them the resources to improve.

In 1996, the men who were then on staff as on-field officials, formally voted to establish the Canadian Professional Football Officials Association. At that time, they elected an executive board to represent them in negotiating a contract for all members of the officiating staff. A Constitution was adopted and Bud Steen elected as the first President of the organization. While the League had previously expressed concern for its largest group of employees, it was several years and many meetings later before they would agree to a uniform contract for all members of the officiating staff.

In 2005, under the guidance and direction of Commissioner Tom Wright, the Association achieved the uniform contract that had been pursued for many years. Within a relatively short time, the League Governors directed their Competition Committee to establish a sub-committee to study the needs of the officials and the Officiating Department to assist in improving this critical aspect of the CFL game. As a result of that group’s work, substantial financial resources were directed to the Officiating Department for training, evaluation and coaching of CFL officials. 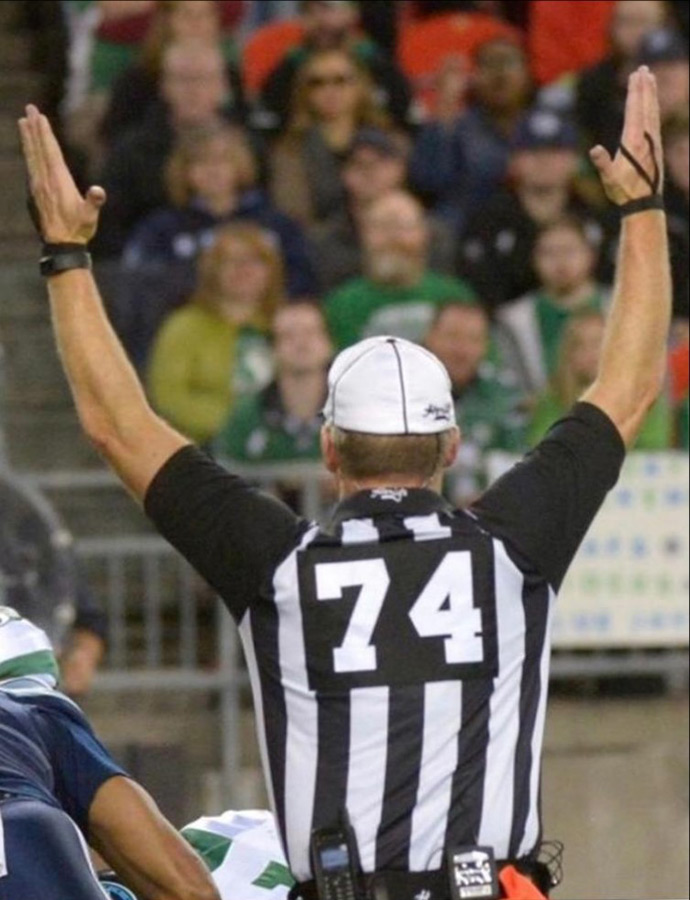 CODE OF CONDUCT FOR ALL PARTICIPANTS

As a result of some on-field incidents between players and officials, the CPFOA became actively engaged with the League in the development and adoption of a Code of Conduct for all participants in the CFL. At the 2006 Grey Cup, the Board of Governors adopted the Code of Conduct and it remains in effect at this time. The Executive continues to engage the League whenever player’s on-field conduct puts the safety of its members at risk.

One of the most positive aspects of the development and implementation of the CPFOA is that despite going through some very difficult negotiations with the League, the members of the CPFOA never withheld their services from the League, choosing rather to work differences out at the negotiation table. This approach has worked very well, with the League eventually recognizing the strength of partnering with the CPFOA and implementing significant improvements in the official’s working conditions. Over time, the League has come to realize the commitment officials bring to their job. Through the many steps taken by the League to improve the tools necessary for officials to improve, the membership was satisfied the League respected the work being done on the field by them.

In 2008, Kim Murphy succeeded Bud Steen as President of the Association. Under Kim’s leadership, new ventures have been pursued by the CPFOA, including the development of CFLOfficials.ca. The Association hopes that by providing access to its membership, it may encourage some who love the game of football to take up officiating in their communities. Kim has also established a committee to pursue engaging the CPFOA with community-based charitable organizations so the members can assist in helping less fortunate members of our society.

All CPFOA members fully appreciate they are extremely fortunate to be participating in a sport that is a part of the fabric of Canada and would like to do everything they can to ensure the long-term success of the League. Through their participation in CFL games, they hope to ensure Canadians remain passionate about a truly Canadian League.